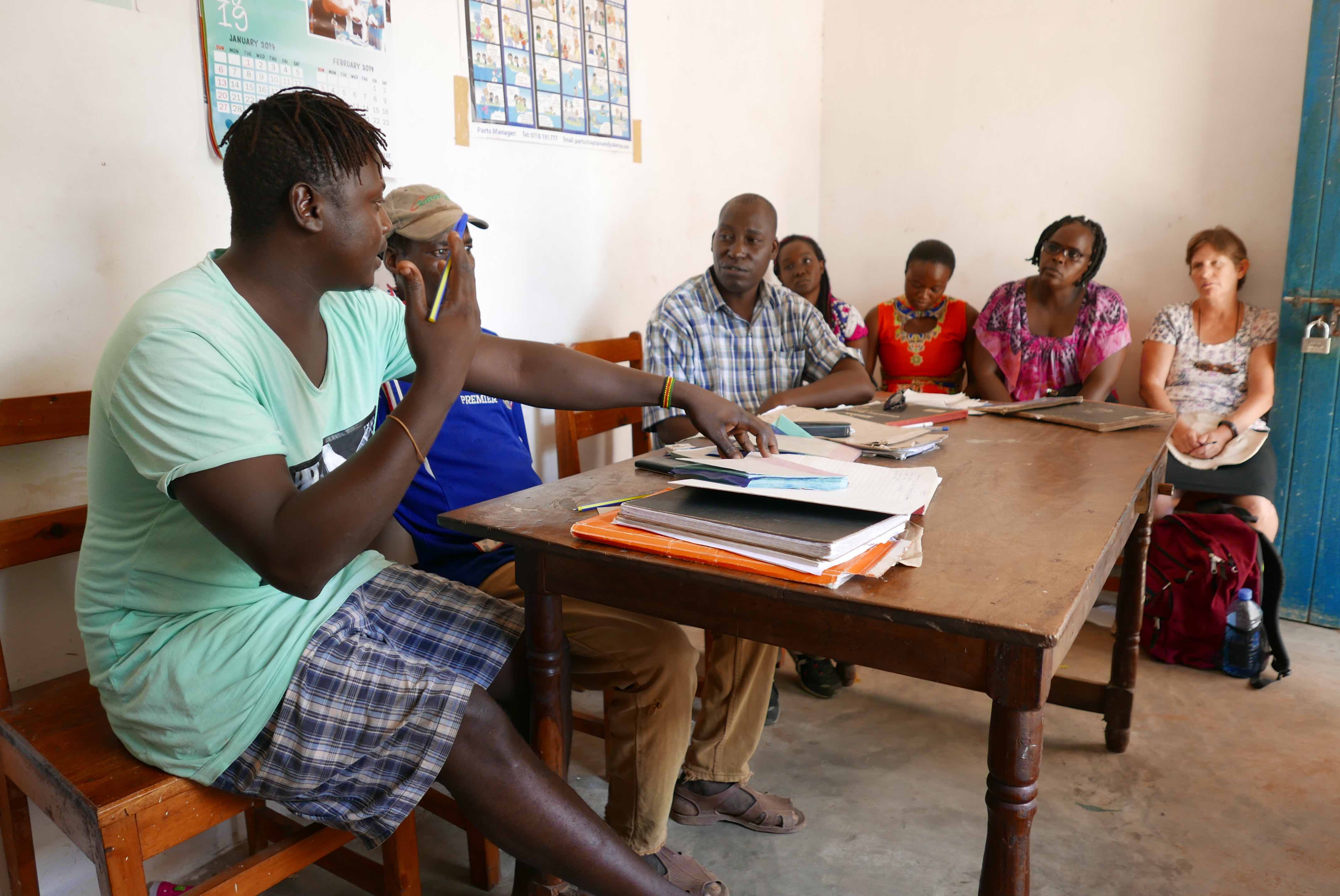 Efforts are underway for the Fish Innovation Lab’s quick start project in Kenya. Researchers on the project, titled “SecureFish: Improved Nutrition Security in Kenya Through Increased Access to and Consumption of Coastal Marine Fish,” are conducting formative research to serve as a foundation for developing interventions to ultimately improve nutrition among vulnerable populations in Kenya and coastal communities globally.

“What is important about this project is its emphasis on nutrition-sensitive approaches to reducing stunting,” said Lora Iannotti, U.S. principal investigator (PI). “With our transdisciplinary team, we’re able to look at different elements or determinants of nutrition in more holistic ways [compared to previous studies]. We’ll be targeting different pathways like poverty, fishing and fisheries management, the environment, and nutrition as it relates to health and brain development in young children.”

“The main goal of this meeting was to introduce ourselves and our project to the fishers and fish traders in the locations we would be working in,” said Wamukota. “We met with several government representatives as well, and they were able to share their priorities with us and what they are focusing on.”

A main strategy of the SecureFish team is to identify ways to increase access to and consumption of sustainable fish from coral reef fisheries along the Kenyan coast. This reef, which runs parallel to the coast, is an ideal habitat for fish and provides an accessible fishing location for residents in the coastal villages.

“A lot of people depend on [the reef] for livelihood, well-being, and nutrition, so it’s an incredibly critical resource,” said Humphries, adding that the reef’s close proximity also enables people to fish without needing extensive equipment that would be required for waters farther from the shoreline.

To address the fisheries-management aspects of their project, the team met with fishers and community leaders and organized their experimental design to include several beach management units and sites with and without marine-protected areas. The meetings offered researchers a chance to become oriented to the current management strategies and build rapport with the local workforce and community.

“These meetings helped us learn more about what the fishers think of current management and how this is affecting them,” said Humphries. “We were also able to ask questions about the coral reefs where they’re fishing, what they are catching, how the market operates, and what the major pathways are from fish capture to consumption,” said Humphries.

To address the nutritional aspects of their project, the team explored local villages, talked with mothers who had young children about their family’s food-consumption habits, and visited local health clinics to talk to staff about nutrition communication in the villages. Because brain development during pregnancy and early childhood is highly dependent on nutrients found in fish and other seafood, the team was especially interested in learning about the health and eating habits of pregnant women and young children.

“What we tried to understand was the health of the households, specifically what they were feeding their young children under five years old,” said Kamau-Mbuthia.

Two important lessons came from these exploratory conversations and observations. First, the research team discovered that families of fishers fared better than others in some regards.

“Although it’s a fishing community, it is not all the time they have fish….The families that were a bit far from the beach were not able to buy the fish on a daily basis, but the fishermen’s households took for their families what was left over after selling the prized fish,” said Kamau-Mbuthia.

Second, the team discovered that many fisher families largely sell their catch and reserve only small quantities for younger children, which means they may not be getting the full nutritional benefits during important developmental years.  Other animal source foods, such as milk, and a range of fruits and vegetables are also lacking in household diets, making fish even more important for delivering nutritional needs.

“One thing that we are paying attention to within this project is the poverty-livelihood pathway,” said Iannotti. “As fishing households improve their income, they ideally are spending money on other high-quality foods or education and healthcare, which we know can similarly lead to improved growth and development outcomes in children.”

These early findings related to meal patterns in families, market practices in the villages, and fishing practices on the coral reefs are helping the team to refine its survey instruments and protocols for data collection, which will begin later this summer, and are informing the team’s overall approach to the research.

“In all these meetings with fishers, fish traders, government representatives, beach management unit leaders, nutrition workers, and mothers in the village, we were trying to better understand the context and linked social-ecological system so that we can tailor our survey instrument for better data collection,” said Humphries.

The SecureFish team will begin data collection in July and the U.S.-based researchers are planning another trip to the field this fall to join Wamukota and Kamau-Mbuthia in these efforts. The team anticipates having preliminary results later this year. To follow along with this project and for more information about the Fish Innovation Lab, please visit fishinnovationlab.msstate.edu.