Bangladesh is enriched with fisheries resources having 260 freshwater and 475 marine fish species, 24 freshwater prawn species, and 36 marine shrimp. Historically, most fish production has come from open-water capture fisheries, but due to environmental and manufactured activities, production of capture fisheries has been reduced. Aquaculture started in the early 1980s and has increased gradually. At present, about 56% of total fish production (4.28 million metric tonnes) comes from aquaculture. Three Indian major carps (IMCs) catla (Catla catla), rohu (Labeo rohita), and mrigal (Cirrhinus cirrhosus) and three exotic carps, silver carp (Hypophthalmichthys molitrix), bighead carp (Hypophthalmichthys nobilis), and grass carp (Ctenopharyngodon idella) make significant contribution to aquaculture production. Production of adequate seeds in hatcheries and uninterrupted supply to farmers triggered this aquaculture production. Even so, sustainable fish production has not been ensured due to environmental and anthropogenic reasons.

Deterioration of seed quality of IMCs and exotic carps is a factor of high concern. Around 950 hatcheries (102 government and 824 private) are involved in seed production through induced spawning, but the quality of seeds has deteriorated due to inbreeding, hybridization, and negative selection. As a result, the fish available for culture are showing slow growth, high mortality, deformities, and disease susceptibility. Consequently, the hatchery operators, nursery producers and marginal farmers are shifting to other species, such as tilapia and catfishes. In fact, many hatcheries have stopped the production of carp seeds.

To mitigate the problems, the government has initiated a broodstock improvement program for IMCs through establishing live brood banks by rearing river originated seeds in government hatcheries and distributing broods to private and government hatcheries. This program seems promising but quite difficult to maintain as seed production in the natural environment is drastically reduced, providing less than 1% of the total requirements. Quality of seeds of exotic carps is also diminishing and improvement of their broodstocks is quite difficult as collection of new stock from abroad is not easy. In this situation, establishment of a cryogenic sperm bank of IMCs and exotic carps and use of cryopreserved sperm in seed production in hatcheries has become necessary to resolve the existing genetic problems. It can also be used to help the government and private hatcheries to develop brood banks by protecting and providing quality germplasm. Availability of high-quality broodstocks produced by cryopreserved sperm will also increase the capacity of government and private hatchery operators.

In order to establish a cryogenic sperm bank, two steps are being taken.

To disseminate the technology, 22 hatcheries, comprising three to seven hatcheries from each of the four regions (i.e., Jashore, Barishal, Faridpur, and Mymensingh) will be selected, and breeding will be done by fertilizing eggs from the hatchery-originated females with cryopreserved sperm. The quality of seeds will be characterized and evaluated by growth performance and DNA microsatellite markers. Quality broods will be produced from the seeds and used for commercial seed production. A field trial on technology-adoption ability will also be conducted by providing cryopreserved sperm-originated seeds to 24 hatchery owners in Jashore, Barishal, Faridpur, and Mymensingh regions, and the survival and growth performance of the seeds will be evaluated by comparing among themselves and with the seed-producing hatcheries.

The technology of quality seed production using cryopreserved sperm will be demonstrated to 360-400 hatchery owners, nursery producers, and growers (of whom 30% will be women) through a series of training programs in the four regions. The training will encourage the women to get involved in breeding, nursing, and rearing activity of fish through which new job opportunities for them will be created. Besides the training of the stakeholders, 40 graduate students (MS and PhD) and some junior faculty members will be trained through the project. Training arrangements will also be made for trainers (PI, Co-PI, Team member and selected stakeholders) to receive advanced training in the United States. 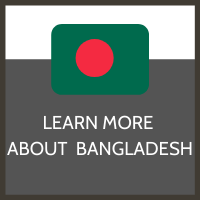